Remember where you came from so you can

enjoy where you’re at

A community based breakfast and brunch restaurant nestled in the beautiful mountains of Invermere, British Columbia. Offering an extensive cocktail and drink menu including craft beers, handcrafted cocktails and Prosecco.

The name “Begginnings” is a play on words that blends the words “beginnings” and “egg”.

This breakfast-forward restaurant highlights the king of breakfast, the egg, while teaching people about the history-beginnings of our wonderful valley.

It is important that we always remember and pay respect to the beginnings of this amazing paradise.

Send Us a Message

Rooted in the rich history of the Kootenays, Begginnings Restaurant pays homage to our forbearers who lived the spirit of our region. 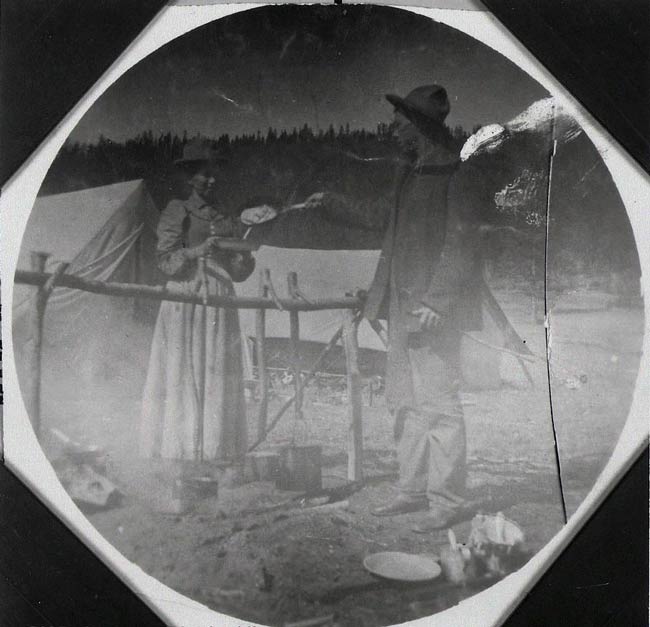 Jack Barbour drove into the Windermere District in August 1899 by packhorses over the Wells Pass, now called the Earl Grey Pass, of the Purcell Range.

After a short journey back to his family home in Ontario, his own home in Montana, and a wedding trip to Iowa, he returned to the Windermere in May 1900 with his bride.

In June 1900, he entered a pre-emption for land up the Toby Creek (Barbour’s Rock), near Wilmer where they eventually homesteaded. He continued packing for Silver Queen, Delphine, Paradise, Swansea, Sitting Bull and Pretty Girl mines.

By 1906, he was packing for Ptarmigan Mine and from the Starbird Ranch. In 1909, while waiting to meet two mining experts from Nelson, Earl Grey, the Governor General of Canada, and Mr. Oliver entered John Barbour’s camp at the end of Toby Creek Road. After a bit of confusion and a few questions, John discovered that Earl Grey had left most of his party behind near the Great Divide due to a slide and proceeded west to finish his trek into the valley. 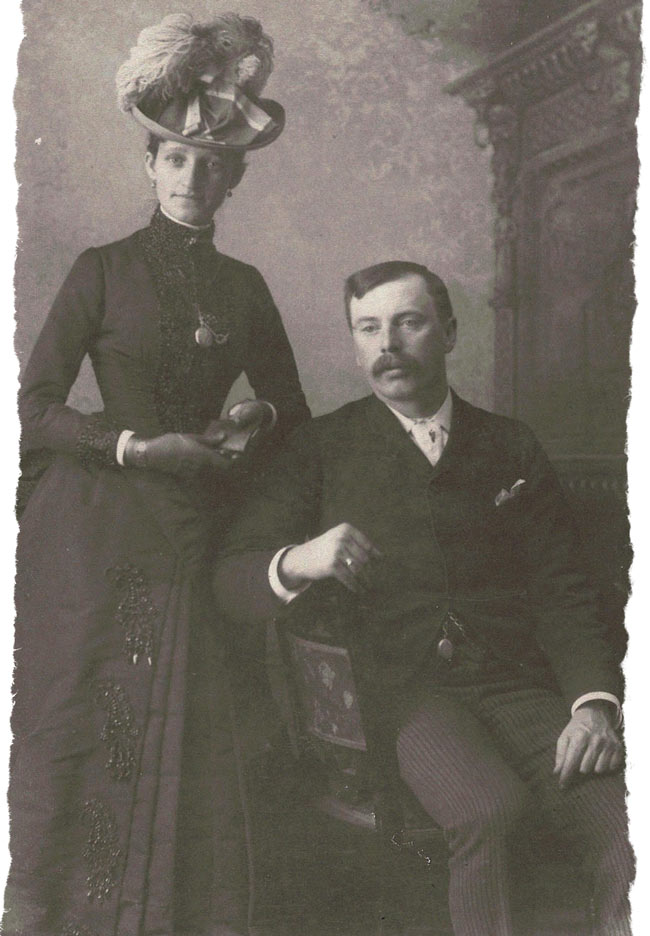 Born in Quebec, Rufus Kimpton left home at age 16 wandering in the southern U.S. for two years. He returned home for a short time but soon left again heading west to work on the construction of the CPR. From the driving of the last spike Rufus engaged in business in Donald…hotel keeper and partnering in a general store. When the CPR moved to Revelstoke Rufus ‘moved’ his house, The Whitehouse, and store to Windermere.

Rufus Kimpton and his wife Celina worked tirelessly in the community and the church. 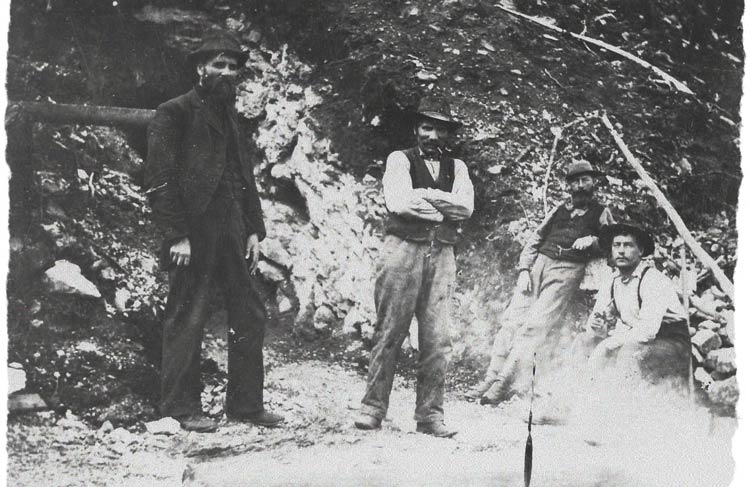 William (Billy) Taynton’s first glimpse of the Valley came on May 1887. His interests never waned.

Billy Taynton was born in Herefordshire, England and came to Canada when he was 13 years old. Heeding the suggestion of his brother Jack who was packing for the construction of the CPR through Roger’s Pass, William came west.

Early days meant a variety of activities for William Taynton. He worked on the survey of the CPR through the valley. He and his brother built their own bateau for freighting from Golden to the head of the lake. He prospected and at one time owned claims above the Mineral King Mine.

Billy and brother Jack operated a pack train and ranched for a time at East Firlands. He farmed in the Valley, concentrating on cattle. He was in the hotel business with Hugh Gordon, an early hotel man of the district. He was foreman for the government experiential farm at Invermere and Windermere.

William Taynton married Miss Edith Wilkes in 1899. Together they shared their love of gardening and of wildflowers in the area.

Edmund T. Johnston arrived from Montana with his pack train in 1882. He pitched his tent and staked a homestead on what is today the Elkhorn Ranch, adjoining the land of the only other settler in the valley Francois Morigeau.

The local First Nations people objected and wearing their war paint pulled out his land stakes. After replacing the stakes a few times, he sat in front of his tent with his rifle across his knees until the “local people” rode off and he was allowed to stay. In 1884 he sold out and bought a ‘stopping house’ known as ‘Hog Ranch’ near Parsons. Partnering with George Starke, they kept the liquor under their bed in a tent and had a 24 foot table to serve guests. In 1890, Mr. Johnston homesteaded west of the Columbia River, naming his new place ‘Copper City.’

In 1900, Edmund Johnston sold Copper City to a gentleman who renamed the site ‘Canterbury.’ The site was later sold to a group of businessmen who built up the area to become ‘Invermere’ in 1909. Always active in the area and a man with a vision, Ed Johnston established a homestead on the west side of Lake Windermere which he named ‘Sunshine Ranch’. 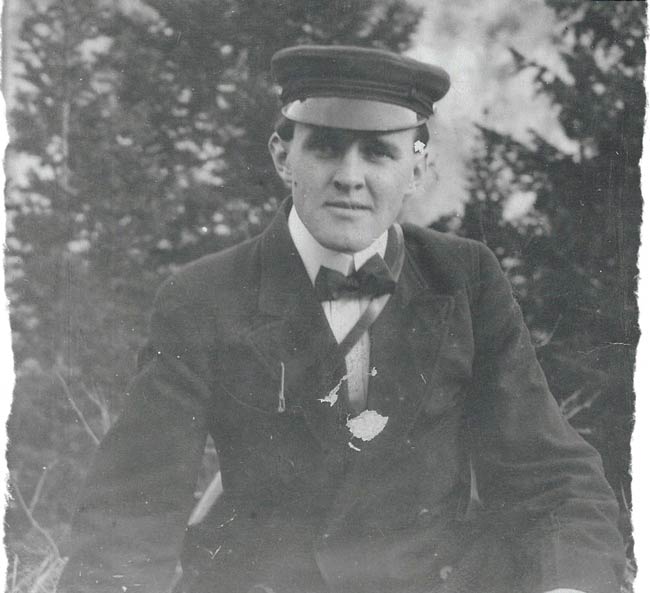 John S. Blakley was a ‘river man’ and lover of the valley from an early age. He arrived in Golden with his father, Captain Alexander Blakley, and travelled with him on his Columbia River trips. By age 22, John was a captain in his own right taking command of his first riverboat, ‘The Selkirk.’

Despite the interference of two World Wars where he served with the Royal Flying Corps and as a river pilot for the U.S. in the far north, John returned to the Valley and the river. He operated a tourist resort in Radium with his wife Jessie and served as Postmaster before returning to the river and building a 54 ft. long sternwheeler named the ‘Radium Queen.’

By 1929, John Blakley was active in a flying career. He purchased a Gypsy Moth, but due to blindness in one eye had to hire other pilots to handle the commercial side of his flying operations.

In the early 1930s, Captain Blakley made the first unofficial non-stop air flight from Alberta to Vancouver and back with only refuelling once. He operated a garage in Radium, an airfield in Windermere, and a flying school in Vernon. 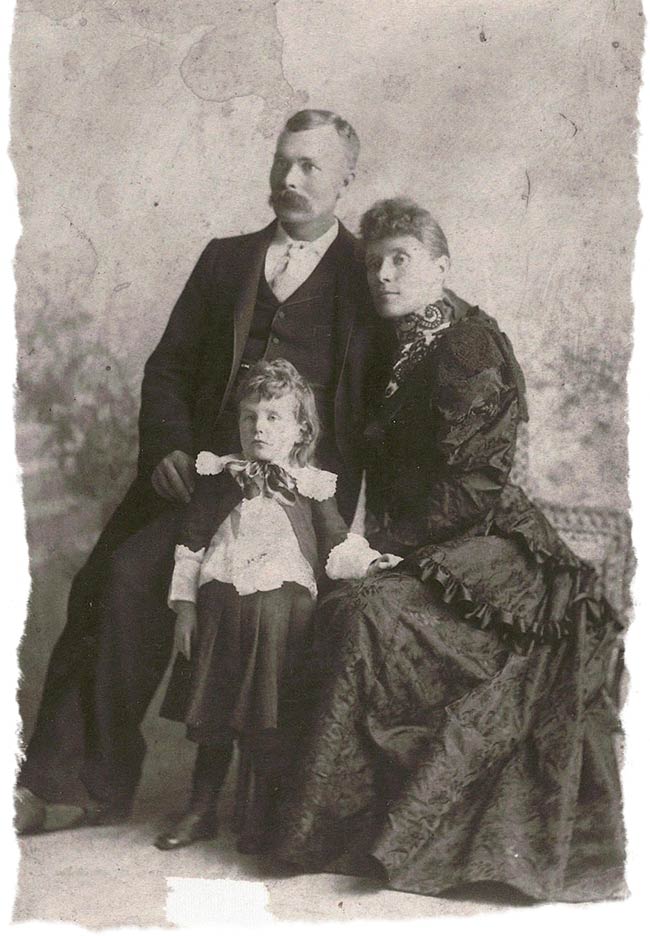 Born in Hereford England in 1856, Joseph John Lake was brought to Canada as an infant. The family resided in Ontario. However, with the sudden death of his father, Joe was forced to begin earning his own way at age 15.

After spending time in Manitoba and Alberta, Joe and his wife, Margaret moved to B.C. where he operated general stores in such places as Fort Steele and Golden. In 1898 Joe Lake opened a store at Windermere for Colin C. McKay.

Five years later he operated a store at the Salmon Beds, now Athalmer. Owing to the prevailing mining boom, buildings were at a premium so Lake & Co. purveyors of groceries, furniture, coal oil and all other supplies was opened in a large tent. Mr. Lake was actively interested in several mining properties in the district.

In 1900 he acquired the Brady Ranch. When he subsequently discontinued his store, the family resided at the ranch. 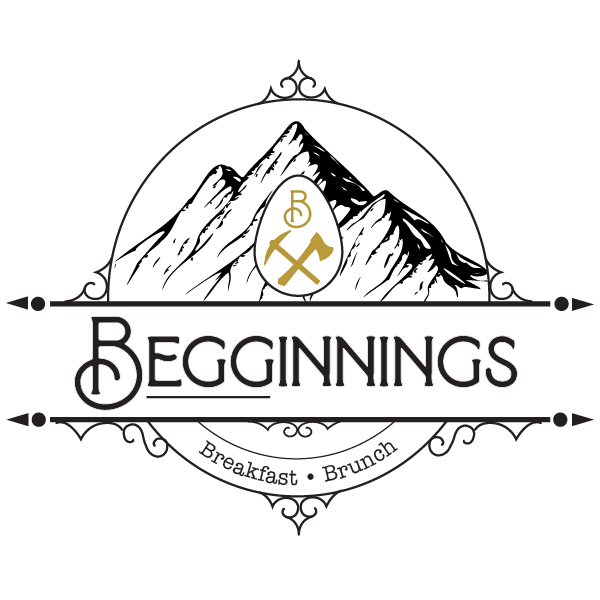